BARCODE’S NEW EASTERN FACE
This eleven-story building is the last of BARCODE’s 13 buildings and the farthest to the east.

Built on a narrow wedge-shaped lot, the building’s offices are only 5–10 metres wide. Each floor has meeting rooms cantilevered out over the eastern façade, a space-saving feature that adds a lively architectonic quality. An exterior stairway / fire escape zigzags between these meeting-room boxes, further enhancing the building’s iconic sculptural expression – facing the Mediaeval Park and the City of Oslo to the east, this is a fitting conclusion to BARCODE’s long row of façades.

Geir Haaversen is CEO and founding partner of A-lab in Oslo, Norway. He is an architect with great capacity of feasibility in large complex building and urban development projects. He is experienced in both competition schemes and project realizations. Haaversen was responsible for the coordination and completion of CBD “Barcode” in Oslo (300.000 m2) including DNB HQ with The Carve (World Architecture Festival 2014 – category winner Housing) and the Wedge.
With award winning office buildings, housing, culture buildings and city plans, A-lab has established itself among Norway’s leading offices of architecture. A-lab’s goal is to influence the urban environment through innovative and sustainable architecture with a strong identity.
One of the secrets behind A-lab’s success is Haaversen’s skills as a leader. To obtain ownership to the projects the architects who work in A-lab are given a lot of freedom and responsibility in the firm, and Geir always tries to get the best out of everyone through encouraging initiative, research and innovation. A-lab’s projects thus have a lot of different expressions, but always focus on sustainability and the development of places and identity. This has led to multiple architectural awards and a steady growth of the company.

A-lab are finalists for the upcoming World Architecture Festival 2017 with “Sæter terrasse”, a housing project in Oslo. The office has also been awarded the WAF award three times – two times for the Statoil Regional and International offices, both prior to building and after completion, and once for “The Carve” in Barcode, Oslo. One of Haaversen’s specialties lies in leading big multidisciplinary teams, as he did in Barcode. Haaversen also has indepth knowledge and specialist experience in revitalization and profiling processes.

His enthusiasm for architecture and urbanism is reflected in his engagement as a board member in The National Association of Norwegian Architects (NAL), board leader in Oslo Architecture Triennale and academic sensor in Norwegian architect schools. 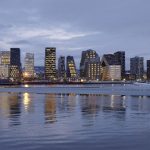 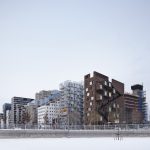 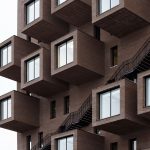 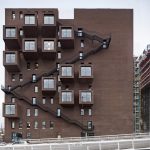 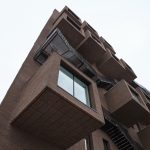 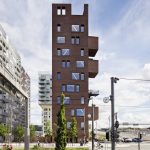 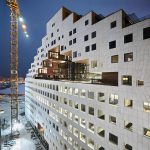