The Don Bosco Church is part of a new parish centre, located in a suburban quarter of Maribor. The Religious Complex belonging to the Salesian community is designed as a closed building island. The building itself is a rectangular architectural mass with the nave and the bell tower rising above it. Upon entering the oval courtyard adorned by an old linden tree the church suddenly becomes visible across the portico. One can feel the extent of the nave from the ground over the roof of the lower part of the complex all the way to the cornice that represents a crown. Its uniform brick facade is embellished with ornaments representing seven crosses made of glazed bricks. The church interior is marked by an intense experience of light. The nave is the place for introverted contemplation therefore the only view out is towards the sky. We used different qualities of light in order to accentuate the hugging shape of the nave. Vivid natural light emitting from the round skylight interferes with diffused light of the nave. More soft natural light is coming from behind the presbytery and the rear choir. This simple yet so complex design allows the building to transcend its physical presence, becoming a mere container of light. The oval perimeter of the nave features horizontal lateral recesses, which house the chapel with the tabernacle, entrance to the sacristy, confessionals, side and rear choirs and a place for communion prayers. These recesses induce a feeling of peaceful rotation around the central oculus.
The church was nominated for Piranesi Award 2016 and Mies van de Rohe Prize 2017.

The new footbridge spans the river in a long elegant curve. Sava is a river with a fluctuating rate of water flow so the span and the geometry of the bridge have to accommodate its flow at the times of increased river discharge. The width and the slope of the bridge reflect its use as a part of a bike path. The bridge spans over 53.6 m. It sits on both banks, while the two V-shaped concrete piers support the large-span, permitting the slim and rational design. The footbridge is constructed out of two laminated timber girders, serving also as railing. The timber girders are made of laminated spruce and protected by a coating of larch boards and shingles. Timber is a logical choice of building material in the region while the method of stacking wood siding and use of shingles are a contemporary interpretation of traditional regional architectural ideas.

Mihael Dešman is born in 1956 in Gornji Grad, Slovenia. Graduates from Ljubljana Faculty of Architecture in 1981 and continues postgraduate studies at the IUAV in Venice, Italy. With Katarina Pirkmajer Dešman he founded Atelje Dešman (1983 – 2003). Together with partners he founded architectural studio DANS arhitekti in 2004. Since 2010 he is professor of history and architectural design at the University of Ljubljana, Faculty of Architecture.

Mihael Dešman is author of over 250 articles and essays, published in books, magazines and other professional and popular media. He is a member of Association of Architects Ljubljana and founder and member of DESSA Gallery since 1982. Since 1986 he is member of the editorial of AB, International Magazine for Theory of Architecture and its executive editor from 1995. He was also member of the editorial board and editor of the reference books in KRT publishing house, that received the Plečnik award (1988) on the field of theory of architecture. He was president of the Association of Architects Ljubljana between 2003 and 2006 and is president of the executive board of the Plečnik Found from 2006.

He received the Piranesi Prize (1990) and the nomination for the Plečnik Medal (2004). The architectural projects developed by DANS arhitekti received numerous awards on architectural competitions. They were nominated for the Piranesi Award (2008, 2016) and Plečnik Award (2010). Recent recognitions include the European Prize for Urban Public Space – joint winner (2012) and the nomination for the Mies van der Rohe prize (2015), they got the Golden Pencil Award (2013), the first National Award for wooden construction (2013), nomination for the Brick Award (2014) and Architizer A+ jury Award 2016. Their works were presented at numerous international exhibitions and published at various venues and journals worldwide 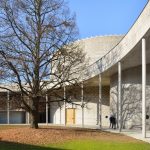 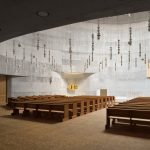 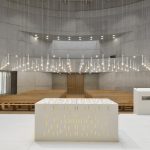 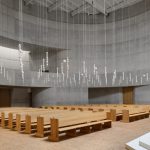 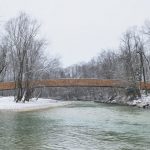 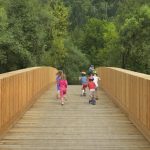 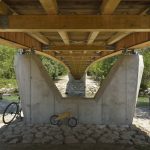 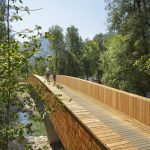 All sessions by ARCH. MIHA DEŠMAN