Blum- Bucharest Headquarters, awarded the Architecture Prize- Corporate section- at the Architecture Annual Bucharest 2016
The project uses a detail of the facade as a major element to define the entire architecture of the building and the spirit of the company housed inside. The motto of the austrian company Blum is: Perfecting motion! That’s why our expression for their new headquarters in Bucharest, was one of a dynamic facade, in which the movement can be perceived. The use of vertical lamellas painted grey on one side and orange- Blum identity colour- on the other side, that move according to the users wishes, creates a facade like a moving organism. 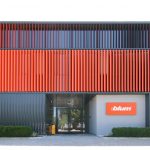 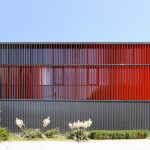 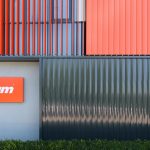 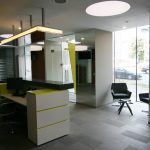 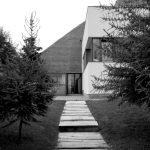 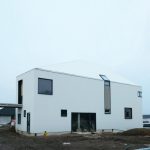 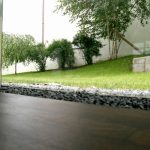 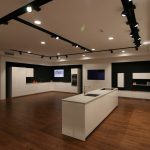