The new stadium is located on a privileged site, at the end of the central district of Bilbao, with an imposing presence overlooking the river. This meant that building had to be an architectural piece manifesting its strength and firmness while at the same time respecting the surrounding buildings. It was from this reflection that the initial aspects to be considered in the design originated, such as the conception of the volume to be constructed as an urban building, relating to the other buildings and, not just as a mere sports facility.

The strategy of the project was not just to concentrate on the spatial qualities required but to ensure that the spaces form an intense relationship with the city and the environment. This has been achieved by using a repetition of twisted ETFE panels for the façade, a configuration which is dynamic and unifying. This element is illuminated at night creating an urban landmark on the river, a new image of Bilbao that will be used to promote the city.

The stands are configured to directly face the pitch ensuring that the pressure of the spectator on the game is maximized; recreating as it were the atmosphere of the old San Mames stadium, a pressure cooker with the spectators baring down on the players.

The stadium incorporates areas for the club museum, restaurant and cafeteria, the official club store, meeting areas, and VIP area, as well as a sports centre under one of the stands for the use of the city. The ‘spirit’ of the old San Mames stadium has not only been maintained, but has been raised and modernized in a facility of the highest European and international level. The “magic” atmosphere associated with all legendary stadiums has been achieved by the special configuration of the stands, angled towards the pitch, giving the spectators the sensation of being as close as possible to the players.

AWARDS OF THE OFFICE: Finalist in the World Architectural Festival (WAF) 2016 Civic and Community category with the Civic Center in Vitoria, First Prize in the World Architectural Festival (WAF) 2015 Sports category with the New San Mames Stadium, Winner of the Best Engineering Project Abroad 2015 by Civil Engineering Spanish Association with the Line 5 of Ho Chi Minh Subway, First Prize in the Competition for the Lima Convention Center in Peru 2014.

AWARDS OF THE SPEAKER: Second Prize for the International Competition for the New Stadium for the Football Club Barcelona 2016 (with BIG and BAAS), First Prize in the World Architectural Festival (WAF) 2015 Sports category with the New San Mames Stadium, First Prize Stadium of the Year, Public Category, Stadium DB Awards 2015 with the New San Mames Stadium.

Diego Rodríguez Segura is an Architect graduated at the High School of Architecture of the University of Navarre in 2006. Diego is a Senior Architect at IDOM, an International award winning Architecture, Engineering and Consultancy company with expertise around the globe. His works and projects have been published in numerous specialized media worldwide.

Diego´s strengths lie in the conception and delivery of heterogeneous and complex projects, from refurbishment of Patrimonial Buildings to the construction of up-to-date sport complexes. Diego tries to blend in the opportunities of new materials and the use of traditional construction techniques to create innovative buildings consistent with their site and culture.

His projects have won several awards, both as built work and competition ideas. Diego has been the main architect for the renovation of the Headquarters of the University of Deusto in Bilbao, and he has participated in the International Competition for the New Stadium for the Football Club Barcelona in 2016 (with BIG and BAAS), where the project was awarded with the 2nd prize.

Diego has also been the Deputy Architect of the San Mames Stadium Project for the Athletic Club in Bilbao. It has been honored with several awards as the First Prize in the World Architecture Festival (WAF) 2015 in the Sport Category in Singapore, the Second Place on the public voting for Stadium of the year 2015 by StadiumDB, and recently it has accomplished a LEED Certificate, being the first. 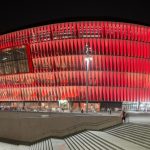 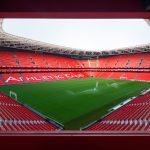 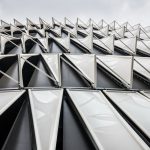 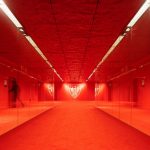 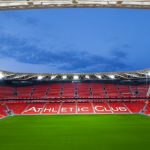 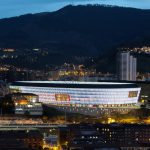 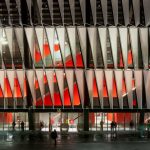 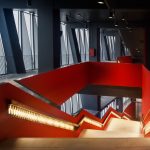 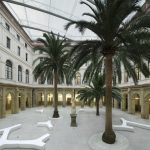 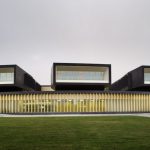 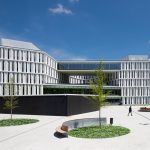 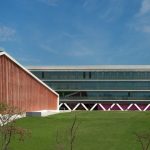 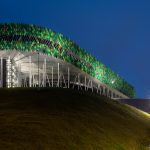 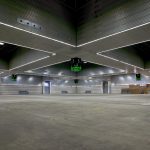